meditatively Distance from the club 4000 meter to the shore approx

The Lockheed C-130 Hercules is a four-engine turboprop military transport aircraft designed and built originally by Lockheed (now Lockheed Martin). Capable of using unprepared runways for takeoffs and landings, the C-130 was originally designed as a troop, med evac, and cargo transport aircraft. The versatile airframe has found uses in a variety of other roles, including as a gunship (AC-130), for airborne assault, search and rescue, scientific research support, weather reconnaissance, aerial refueling, maritime patrol, and aerial firefighting. It is now the main tactical airlifter for many military forces worldwide. Over forty variants and versions of the Hercules, including a civilian one marketed as the Lockheed L-100, operate in more than 60 nations.

The Aqaba Special Economic Zone Authority in cooperation with the Royal Jordanian Navy and the Aqaba Port Corporation sank the plane on November 16, 2017 approximately 300m off the coast.

The C-130 Hercules now lies at depth of about 17m. Over time, it will become an artificial reef that attracts fish, coral and other marine species as well as divers from all over the world. The C-130 Hercules’s proximity to the M42 Duster tank wreck also makes it a premiere dive location in the Gulf of Aqaba.

ASEZA organized a ceremony to celebrate the scuttling of the aircraft with the presence of national and International media and dive operators from 15 different destinations who visited Aqaba specially to witness this historic event. declaring the start of scuttling A winch on a freight barges grabbed the aircraft and lay it down on the waters and the aircraft took one hour to sink 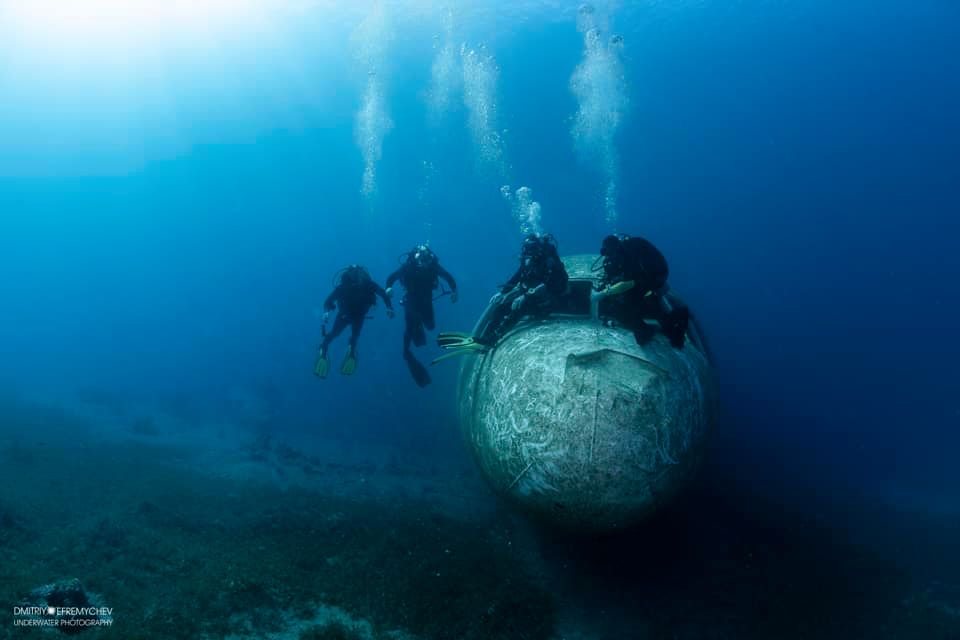